No Room in the Inn? 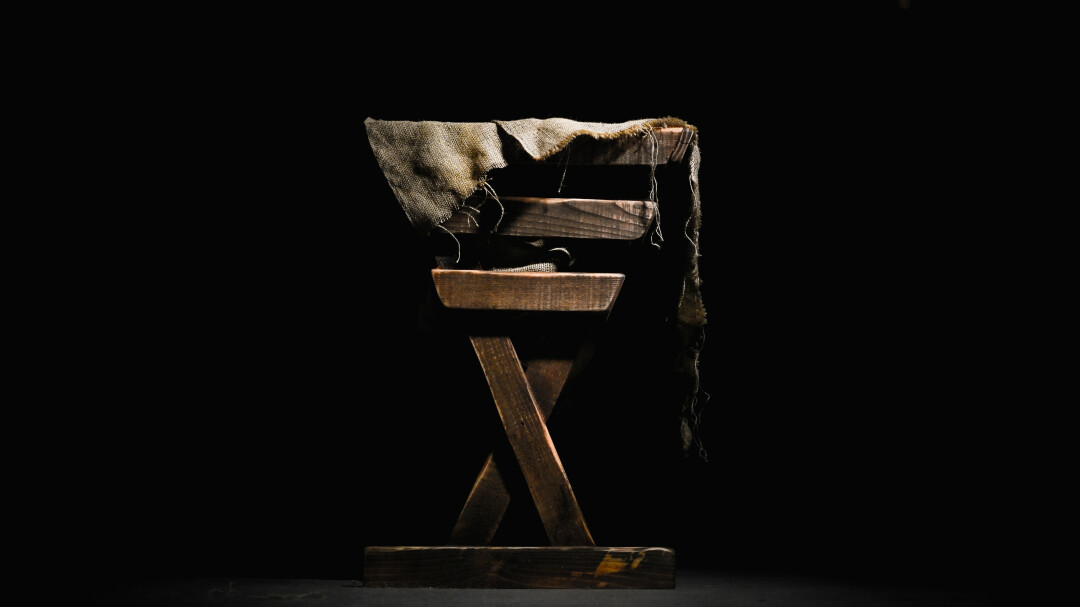 Sitting next to me as I write is a simple olive wood Nativity scene I purchased in Bethlehem. Popular decorations like these, or the plastic characters adorning snow-covered front yards, are perhaps the most iconic display of the Christmas season. For many of us, the traditional Nativity informs our perception about the birth of Jesus and our annual church pageants. But this depiction of the Nativity is predicated on faulty traditions rather than the biblical narrative.

What Does the Bible Say?

In the New Testament class that I am teaching at Calvary Church, I challenge the participants to be students of the text. The first task for any Bible student is to observe what the text says. Observation by necessity precedes interpretation. When I begin by making observations, I often discover that my own cognizance of biblical events is informed by tradition rather than the text. For many of us this disconnect between history and tradition is perhaps most clearly demonstrated when we rehearse the events of Jesus’ birth (Bailey, Jesus Through Middle Eastern Eyes, 25). So, if we observe the text of Luke 2:4-7, what will we find?

“And Joseph also went up from Galilee, from the town of Nazareth, to Judea, to the city of David, which is called Bethlehem, because he was of the house and lineage of David, to be registered with Mary, his betrothed, who was with child. And while they were there, the time came for her to give birth. And she gave birth to her firstborn son and wrapped him in swaddling cloths and laid him in a manger, because there was no place for them in the inn” (Luke 2:4-7 ESV).

The reader should take note that the text does not speak about Mary in labor pains as she and Joseph stroll into Bethlehem. There is no desperate attempt to find lodging. And that infamous hard-hearted innkeeper who leaves the anxious couple on the street is absent from the text. Look intently, and you won’t find any reference to a wooden barn home to lowing cattle.

Let’s observe what the text says. Joseph and Mary “went up” to Judea, to Bethlehem because Joseph is “of the house and lineage of David” (v. 4). Then, after some undisclosed time, Mary gives birth to Jesus (v. 6). After giving birth, Mary wraps Jesus in cloths, and places him in a manger (v. 7). Finally, Luke says that there was “no place for them in the inn” (v. 7). The Greek term often translated as “inn” is better translated as “guest room” (Foreman, “Luke’s Birth Narrative,” 14; Luke 2:7 NIV).

If we construct an accurate Nativity from some of these observations, a very different scene unfolds. Most likely Jesus was born in the presence of many (distant) relatives who had arrived in Bethlehem to be registered for the census (Luke 2:1-3). Consequently, the guest space of the house was occupied (Foreman, “Luke’s Birth Narrative,” 14). Benjamin Foreman suggests that in many first-century homes, the guest room was located upstairs, while the main part of the house was on the lower level (Foreman, “Luke’s Birth Narrative,” 16-17). Because the house was full of travelers taking up residence in the guest spaces, Jesus was born in the only space that remained—the main part of the house (Foreman, “Luke’s Birth Narrative,” 17). In first-century Bethlehem homes, the main living space was next to the room for the animals with the two spaces separated by feeding troughs (mangers) (Bailey, Jesus Through Middle Eastern Eyes, 29).

The concept that Jesus was born in a secluded place away from friends and relatives is unthinkable in an Ancient Near Eastern honor-shame cultural context (Bailey, Jesus Through Middle Eastern Eyes, 26). Thus, we should spurn any notion that Jesus was “rejected” at his birth (Foreman, “Luke’s Birth Narrative,” 17). Instead, Luke describes a scene where “Jesus is welcomed” into the world by a house filled with relatives who were present for the census (Foreman, “Luke’s Birth Narrative,” 17-18). So, as we admire and enjoy the Nativity scenes that grace our mantles and front yards, let’s remember and observe what the text says. Like that crowded humble home in first-century Bethlehem, may we too keep Christ at the center of our lives.

For a more detailed study, I highly recommended the following resources.

Photo by Greyson Joralemon on Unsplash.

Tucker Anderson has served at Calvary Church since 2015. He is a graduate of Bethel Seminary and The Southern Baptist Theological Seminary. His passion is helping people develop a biblical worldview by understanding the relationship between the Old Testament and New Testament.